We know how demanding, and rewarding, it is to lead change.

A woman-owned small business, the AHA Insight roster includes nearly a dozen expert communicators, coaches, facilitators, and organizational psychologists available to help you rock the people-side of transformational change. Several of our team members possess top clearances. Email us at admin@ahainsight.net to see how we may be able to assist you with your high-stakes project or initiative. 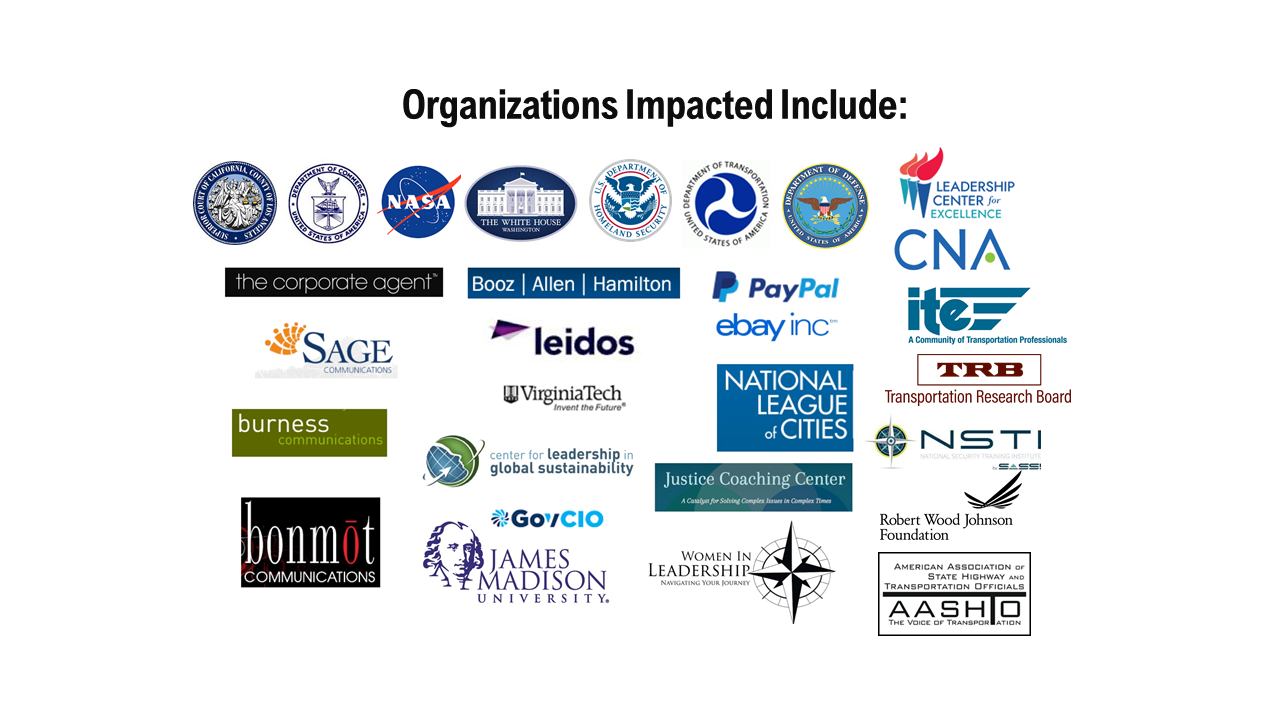 April Armstrong founded AHA Insight to help executives succeed with the “people” side of transformational change.

Our founder, April H. Armstrong, has helped dozens of technical organizations succeed with high-stakes projects and initiatives valued at more than a billion dollars through her combined expert facilitation and communication expertise. She has worked with leaders of some of the largest transformations in our country of the past three decades, including some of the largest information technology modernizations in our Federal government; the rise of connected and autonomous vehicles; and the creation of the framework guiding catastrophic disaster response and preparedness, and research that informed the National Pandemic Strategy. With her focus on projects of national significance, she is a by-name sought-after expert in the “people” side of change.

April rose through the ranks in a large entrepreneurial consulting company, by attuning to market needs and delivering value. She built a multi-million dollar business area helping technical government and business leaders navigate large-scale strategic change, and communicate complex information in persuasive, plain language that accelerated adoption and changed behavior. She was instrumental in stabilizing multiple high-risk projects and client relationships. Accredited in Public Relations, she led media strategy to help raise public awareness on important transportation developments that can save thousands of lives every year, including modern roundabout intersection designs, new traffic incident management practices, the dangers of red-light running, and connecting our nation’s patchwork transportation systems through integrated corridor management. She led design of an influence campaign that helped overcome objections and increase the number of modern roundabout intersections, which are up to 90% safer than traditional “box” intersections, by a factor of ten in the United States in the span of a decade.

She ghost-wrote articles for transportation executives published in Public Roads (March/April 2008 and November/December 2010), ITS International magazine (July/August 2012), Mass Transit Magazine (April and September 2008) and multiple Department of Transportation publications to help regions new technologies coming to our biggest cities which can ease traffic jams and improve regional mobility. She developed media kits to raise public awareness about the dangers of red-light running, and new traffic incident management practices which can save thousands of lives every year on our nation’s roadways.

As one of four executive facilitators in a company of more than 45,000 employees and a former Division manager, April facilitated hundreds of complex, high-stakes meetings, expert panels, and consensus-building sessions with executives that result in enduring commitments characterized by follow-through. She led evaluation of the nation’s largest counter-terrorism and catastrophic disaster exercises (Top Officials [TOPOFF] 2 and 3), and co-authored the analysis which underpinned the National Response Plan and National Response Framework. Insights from the reports she co-authored were covered by CBS News, CNN‘s Wolf Blitzer, CNN Fast Facts, NBC News, the Chicago Sun Tribune and the New York Times, Ms. Armstrong is a licensed trainer with The Protocol School of Washington and a trained mediator through the American Arbitration Association.

A former competitive triathlete and avid motorcyclist, April understands and is energized by high performance. She is author of The Day One Executive™, a new book (anticipated publication, January 2023) which helps professionals stand out as executives beginning on Day One of their career. April is a regular contributor to Forbes and she has been featured on ABC, CBS, NBC and FOX networks across the country. She is a member of the Forbes Coaches Council and the Public Relations Society of America.

AHA INSIGHT. Don't go to work without it.